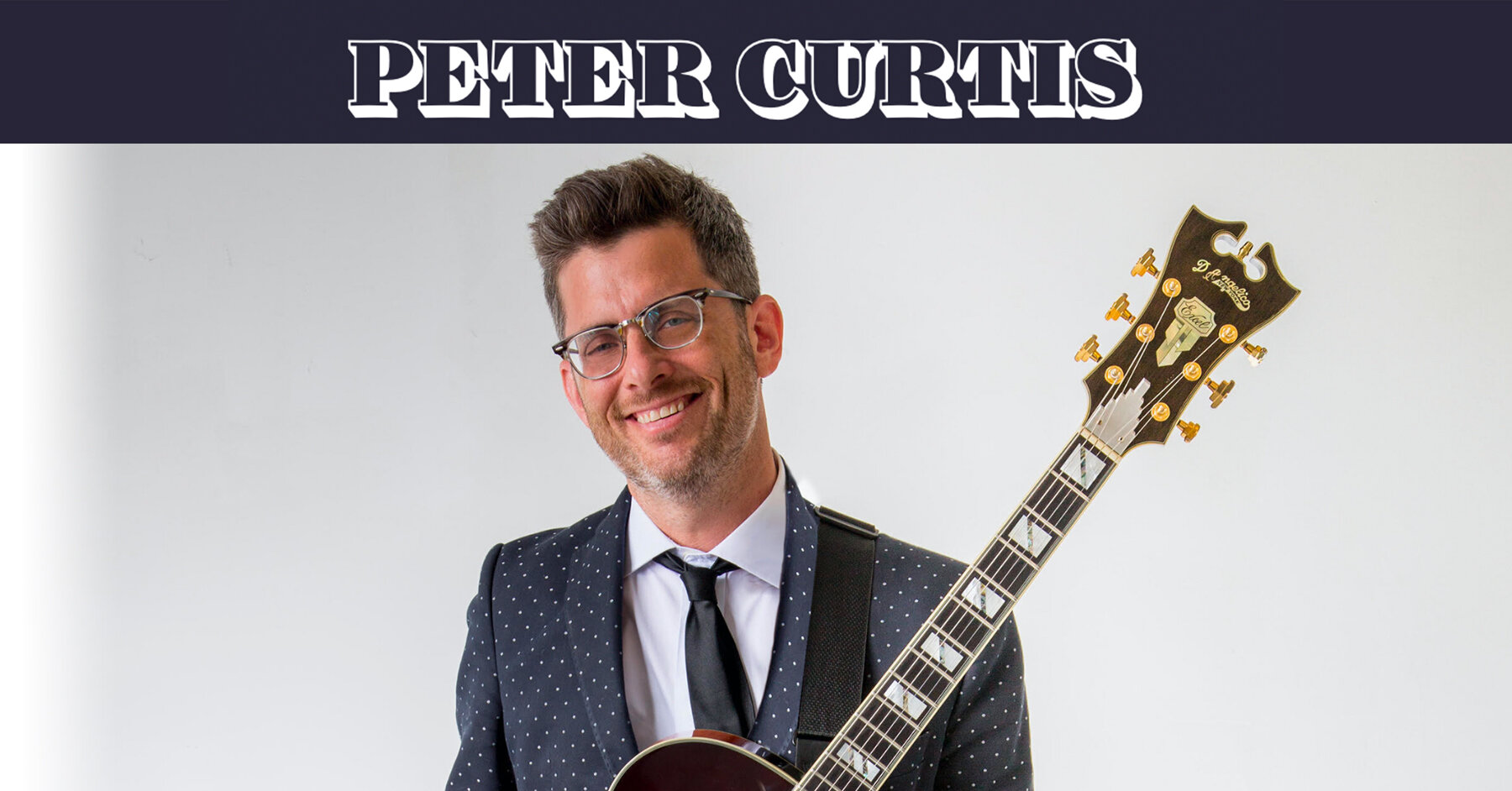 In 1983 Rick moved to Los Angeles and began working freelance. Since then he has toured with the 60’s vocal group The Lettermen, and jazz artists Buddy Rich and Maynard Ferguson, also recording with Maynard on his first High Voltage CD. He also tours regularly with Johnny Mathis.

As a sideman, Mr. Shaw has recorded commercials and TV shows such as “JAG,” “King of the Hill” and “The Simpsons.” Recordings for vocalists include Julio Iglesias, Willie Nelson, Aaron Neville, Celine Dion, Beck, and Ray Charles. He’s also performed in orchestras for movies such as “Freaky Friday,” “National Treasure” and “Legally Blonde II.”

Peter Curtis is a guitarist and composer. He has performed or recorded with notable jazz and blues musicians including Claudia Acuna, James Carter, Freddy Cole, Taj Mahal, Barbra Morrison and James Moody. He has performed in jazz clubs in the US and Canada has appeared on Black Entertainment Television. In Europe, some of the venues at which he has appeared include A-Trane in Berlin, Sounds in Brussels, The Jazz Garden in Budapest, Jazz Club in Florence, Der Regentenkammer in the Hague, Jumpin’ Jazz Ballroom in Milan, Studio Des Islettes in Paris, Reduta in Prague and The Gig in Zurich. He has also performed in Japan.

His most recent album is Pete’s Pandemic Playlist, a collection of songs played on solo guitar that have seemed appropriate for this pandemic.  His first album is a quartet record called Swing State.  His second album is Christmas with Your Jewish Boyfriend which is a recording of Christmas songs by Jewish songwriters played on solo jazz guitar. The title track of that album is an original on which Peter also sings.  His album Steele in Love is a recording he made with 92 year old crooner Ken Steele and bassist Baba Elefante.

As a classical guitarist Peter has given recitals in the U.S. and Canada and was awarded the Andres Segovia memorial scholarship from the Banff Centre for the Arts.Peter wrote the music and lyrics for a musical he wrote with Montreal writer Joel Yanofsky who wrote the book. The show is a romantic comedy set in and satirizing the academic world – a world rich with opportunities for satire. It was performed at the University of Redlands in the spring of 2008 and was well received by audiences and critics. It will be performed at Riverside City College in April and May of 2022.